Mike Yoder is a photographer with the Lawrence Journal-World.

Baker University wide receiver Damon Nolan, (9) right, is finally brought down from behind by Southern Oregon University defender AJ Cooper (13) after a long gain by Nolan during the #2 ranked Baker Wildcats 24-19 loss to Southern Oregon in the NAIA quarterfinals in Baldwin City. 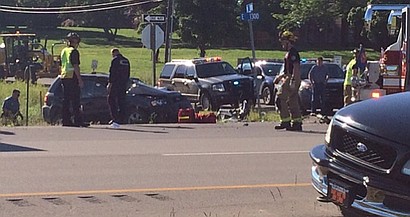 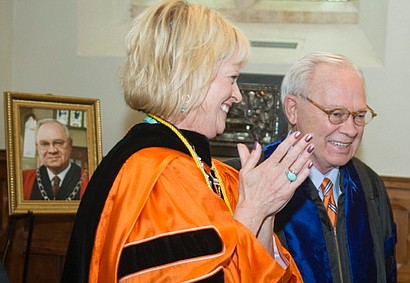 Baker University president Lynne Murray, center, stands with former Baker president Dan Lambert, right, during a rededication ceremony for the Osborne Chapel on the Baker University campus Saturday. The chapel sanctuary was renamed the Dr. Daniel M. Lambert Sanctuary in his honor during the event. Lambert was instrumental in the mid-90s in having the chapel transported from England to Baldwin City. 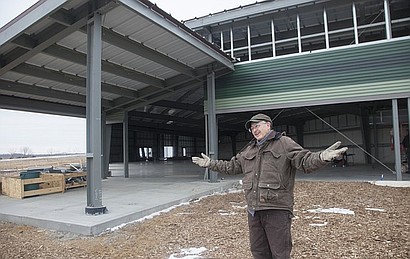 Roger Boyd, director of natural areas and emeritus professor of biology at Baker University, toured the site of the Baker Wetlands Discovery Center on Feb. 19, 2015. The 11,000-square-foot facility will house offices and exhibit space with large south-facing windows overlooking Baker Wetlands. A formal dedication is planned for September. 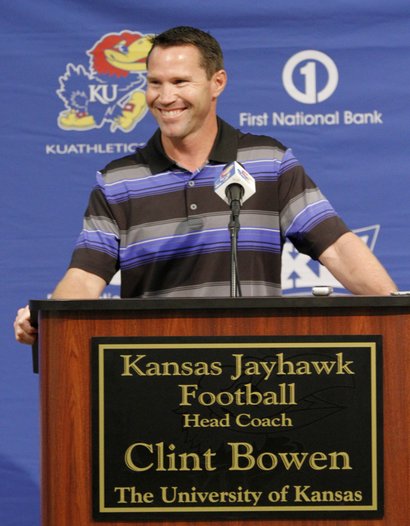 Kansas defensive coordinator Clint Bowen, who took over as interim head coach until a replacement for Charlie Weis is found, holds a press conference Monday morning.