Barth business benefits environment, charity
By Kyle Davis
August 18, 2011
At just 13 years of age, Jackson Barth already knows about waking up early some mornings feeling less than enthusiastic about going to work. Despite the early wake-up time and occasional bad weather, Jackson, founder and CEO of 2 Kids and a Mom Recycling, sacrifices his time and effort to help the environment.
Mabee grant boosts Baker University Mulvane Hall project funding
By Kyle Davis
August 18, 2011
Baker University recently took a big step forward in raising funds for the Mulvane Transformation Project. The university found out this month the J.E. and L.E. Mabee Foundation of Tulsa, Okla., has made a challenge grant of $750,000 toward the renovation and addition to Mulvane Science Hall on the Baldwin City campus.
Column: Wildcat teams enter fall with high expectations following 2010 seasons
By Kyle Davis
August 18, 2011
What did Baker University fall sports teams receive for having two teams winning their conference tournaments last season? High expectations. Although if having high expectations placed on your shoulders is the only thing you have to worry about, something is working correctly.
Friday’s Art Walk to feature LAC pottery show opening
By Kyle Davis
August 18, 2011
Whether inside the Lumberyard Arts Center or on the streets of downtown on Aug. 19, Baldwin City will be the place to be for art lovers.
Traditional games draw interest at Vinland Fair
By Kyle Davis
August 18, 2011
Although David and Barbara Maycock’s barn can be seen from the Vinland Fairgrounds, their grandchildren had to travel farther to enjoy the festivities, coming from Buffalo, Mo., for the weekend.
McFarlane Aviation set to expand with new building
By Kyle Davis
August 11, 2011
After continuous requests by customers of McFarlane Aviation for new and additional products to what the company already manufactures, general manager Dan McFarlane is giving the company room to grow.
USD 348 Superintendent pleased with fingerpring technology results
By Kyle Davis
August 11, 2011
Thirty-six percent of Baldwin High School and Baldwin Junior High School students will pay for their school lunches this year with their fingertips.
Chamber of Commerce announces new board members at luncheon
By Kyle Davis
August 10, 2011
Jay Randels, Baldwin City Chamber of Commerce vice president, announced the names of the two new board members, including who would be his replacement, at the monthly chamber luncheon Wednesday at The Lodge.
BJHS fails to meet AYP requirements
By Kyle Davis
August 9, 2011
Public schools in Kansas showed improved scores and success ratings in the yearly Adequate Yearly Progress requirements for the 2010-11 school year, despite having to meet higher standards.
Ives Chapel UMC hosting first clothing closet Saturday
By Kyle Davis
August 4, 2011
Cathy Gilges has wanted to start a clothing drive to donate clothing to those in need in the Baldwin City community for several years. She had the idea with her when she represented her church, Ives Chapel United Methodist Church, at the 2010 annual Kansas East Conference. 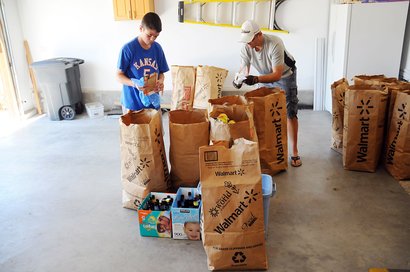 Jackson Barth, left, and father Doug Barth sort through recycling Sunday in their garage in Baldwin City. Jackson is the founder of 2 Kids and a Mom Recycling, which he created four years ago. Jackson donates money earned from the business to St. Jude Children’s Research Hospital and has donated around $900 to the charity in four years. 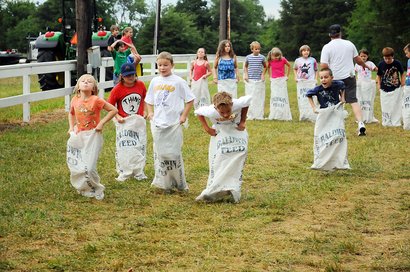 Sack races always draw a large number of children to the Vinland Fair on the second day. The sack races, bicycle races and tug-of-war are popular events every summer. Here, a handful of children race Friday afternoon. 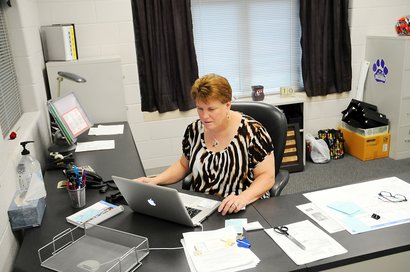 Baldwin Junior High School Principal Tammy Thomasson is ready to put more of her personal stamp on the school in her second year. 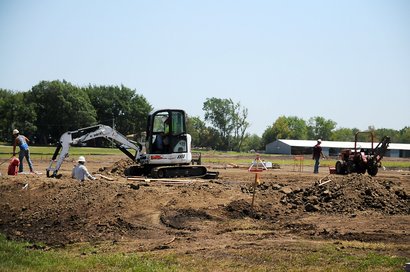 A construction crew works Tuesday on the land next to McFarlane Aviation’s current building in Vinland. A second building will be constructed to allow McFarlane to expand and manufacture new and additional products for light aircrafts. 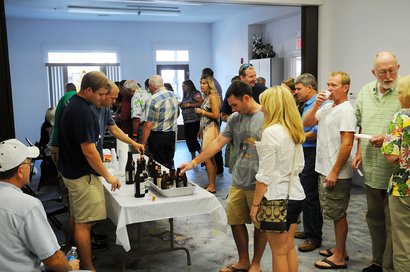 The Baldwin City Recreation Commission hosted a Wine and Brew Festival Friday at the Lumberyard Arts Center to raise money for the commission’s scholarship fund. After paying for expenses for the event, the BCRC was able to donate about $350 to their scholarship fund.