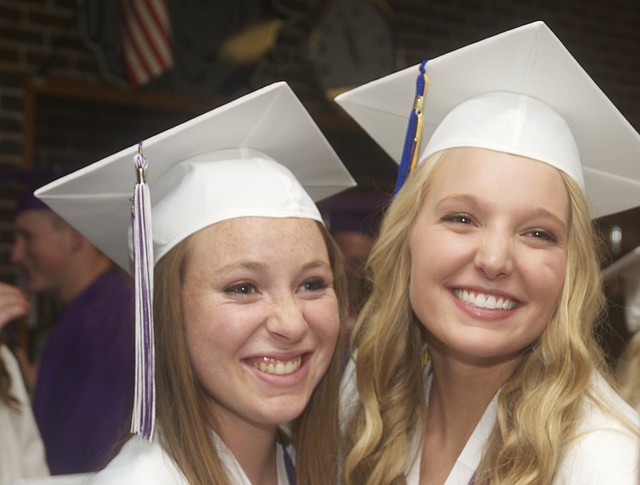 BHS Class of 2015 members Sierra McKinney (left) and Corey Valentine pose for one of the many photographs taken in the BJHS hallways following Saturday's commencement. In her commencement address, Valentine had earlier told her classmates they were the strongest class to ever graduate for the school because of the hardships they had experienced.

In her commencement address, Corey Valentine said she could make the customary argument that the Baldwin High School Class of 2015 was the best ever at the school, but opted instead for a different distinction.