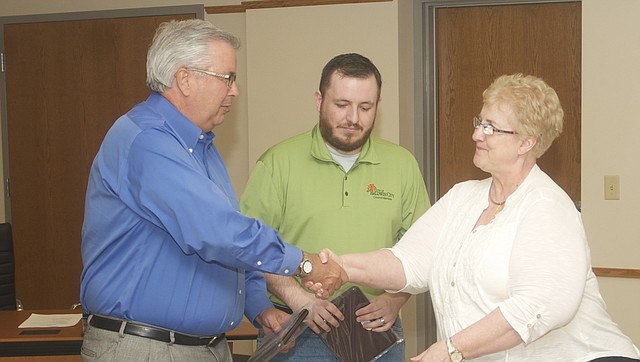 Mayor Marilyn Pearse, right, thanks Ken Wagner, right, and Jason Mock for their service on the Baldwin City Council Monday before three new members were sworn in to four-year terms. Both men decided not to seek another term. Shane Starkey, who is also leaving the council, was unable to attend the meeting because of a death in the family.