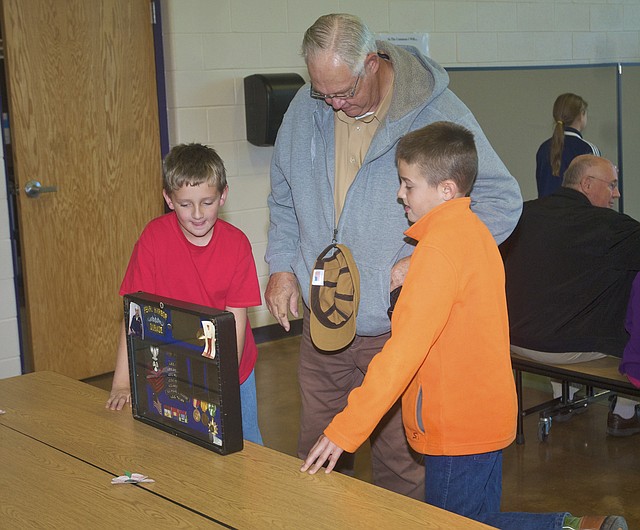 Wendell Terry show his Navy service medals to his grandsons, fourth-grader Ryan Terry, left, and fifth-grader Cody Weinbach, in BESIC commons. The elder Terry served on seven different destroyers during his time in the Navy and had three tours of duty in Vietnam.