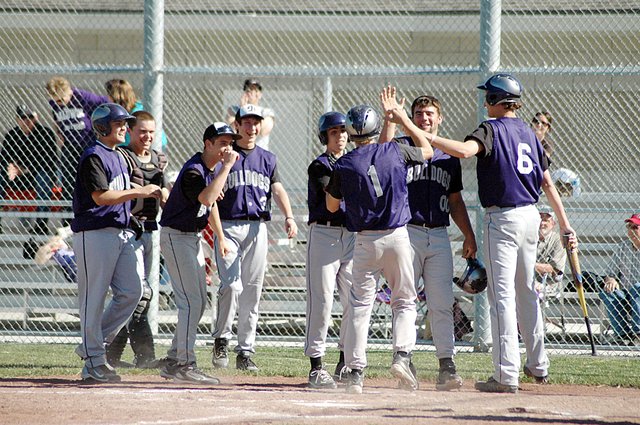 Baldwin High School’s baseball team used early and late fireworks to rally from a possible sweep to rival Eudora into a split doubleheader at home Tuesday. The Bulldogs blew a six-run lead in the opening game, which spilled over into the second contest.