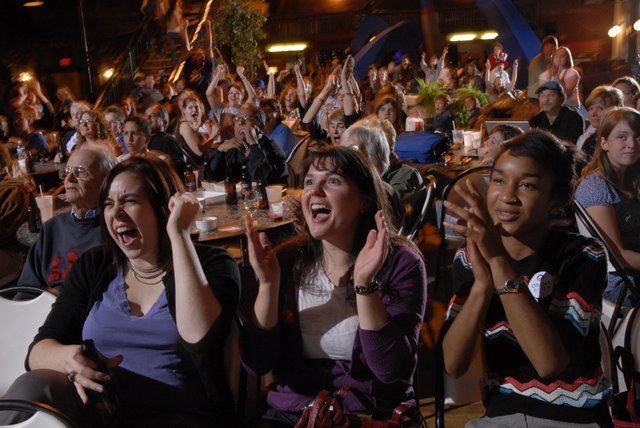 From left, Erika Hane, Megan Vaniman and Michaela Ayers celebrate along with a sea of Democratic supporters inside Abe and Jake's Landing on Nov. 4, 2008, as Sen. Barack Obama (D-Ill.) jumps to an early lead in the presidential elections.

You are at the last photo