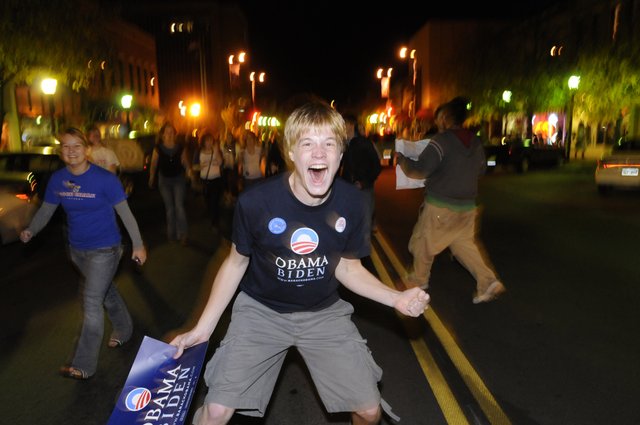 Youth flood Massachusetts Street shortly after midnight in the early morning of Nov. 5, 2008, after Sen. Barack Obama beat Sen. John McCain in the race for President of the United States. About 100 youth paraded down the street, slapping hands with passing cars, hoisting signs and chanting.