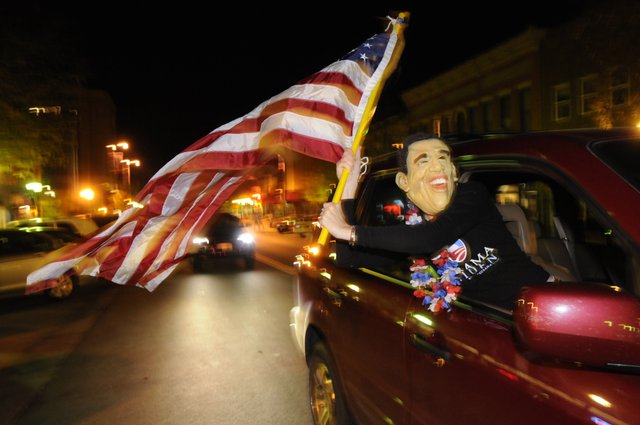 An Obama supporter, hidden by a mask resembling the soon-to-be President, waves a flag while hanging out of an SUV window shortly after midnight early in the morning of Nov. 5, 2008, after Barack Obama was elected the 44th president of the United States.