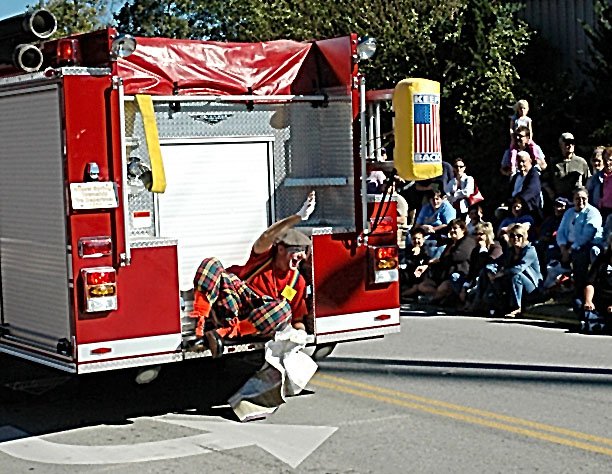 Elmo the Clown hitches a ride on the back of a Baldwin City Fire Department truck as it turns the corner at Sixth and High streets. The 50th anniversary parade was Elmo's finale after 27 appearances in the annual parade.

You are at the last photo