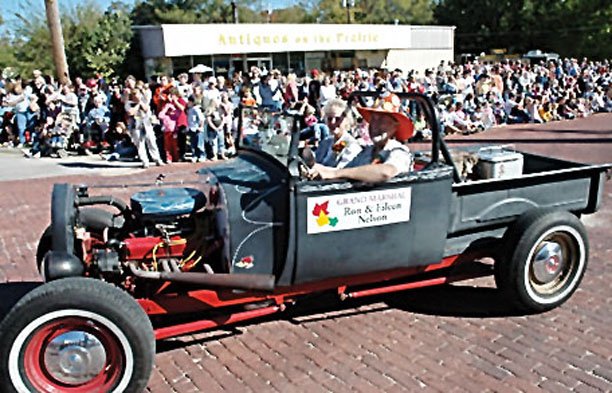 Ron and Eileen Nelson were two of three grand marshals for the Maple Leaf Festival parade during the 50th anniversary. Ron was the festival emcee for more than two decades and Eileen helped him during those many years.