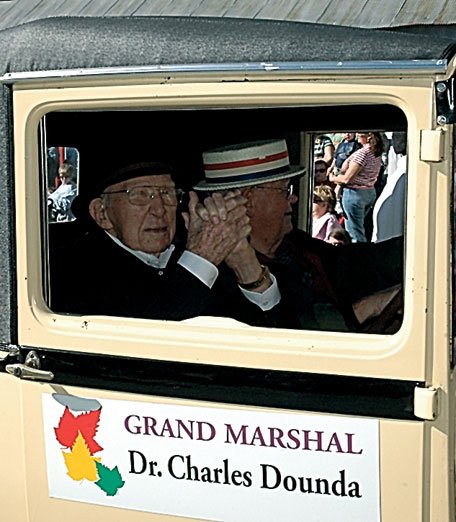 Charles Doudna one of Maple Leaf Festival's founding fathers, was one of the grand marshals fro the 50th anniversary parade. Doudna turned 100 years old in July and was riding in Bert Hitchcock's Model A.