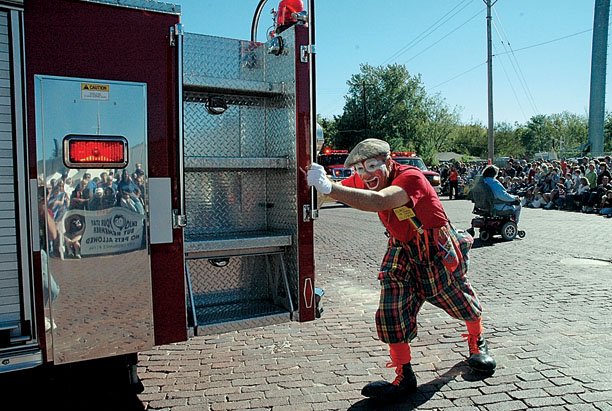 Elmo the Clown went out with a bang during his Maple Leaf Festival parade finale. Among his other "chores," Elmo helped push the Baldwin City Fire Department's Quint ladder truck through the streets. Elmo - also known as Danny McMillen - retired from the parade after 27 appearances dating back to 1980. He thought the 50th anniversary was a good time to hang up the over-sized shoes.