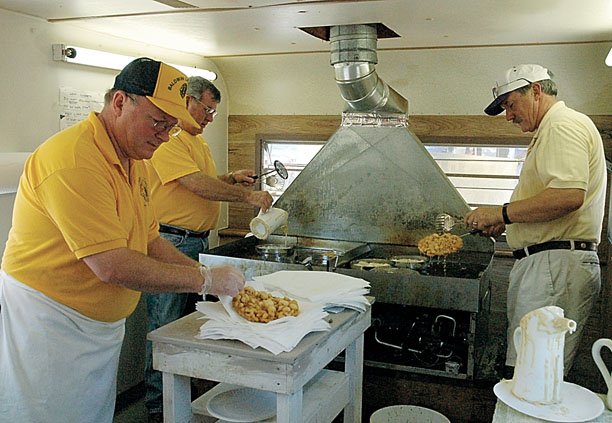 The Baldwin City Lions Club has turned funnel cakes into a long-standing Maple Leaf Festival tradition. The Lions have the formula down to a science as shown by, from left, Steve Baldwin, David Reed and Larry Janssen. The Lions churn out hundreds of funnel cakes each year and usually raise around $5,000 which goes back into the community