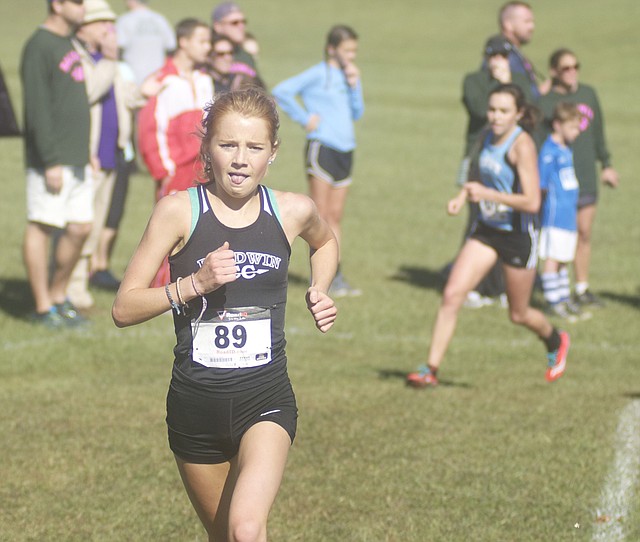 Baldwin senior Addie Dick churns up a hill Saturday on her way to a fourth-place finish at the Baldwin Invitational. With five runners in the top-20, the Bulldog girls finished second at the event.

The Baldwin Cross Country teams invited some of the state’s top teams to the school’s annual invitational at the Baldwin City Golf Course, and then proved they belonged in such elite company. The girls team finished second in a field loaded with six 5A and 6A teams and had five runners finish in the top 18. Against the same competition plus St. Thomas Aquinas, the boys finished fourth with five runners in the top 30.