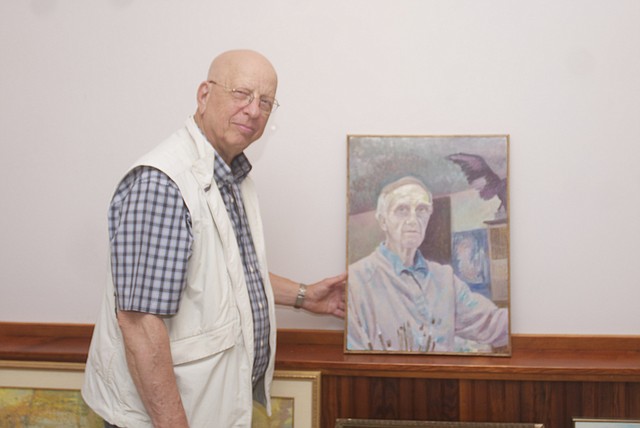 Walt Bailey displays a self-portrait of his late friend and colleague, Tom Russell. It is one of the 27 works he gathered for a show honoring Russell, who died in July at the age of 97. The show opens Friday and will run through Oct. 24.

Walt Bailey was concluding a two-month labor of respect and love Monday as he started hanging the works of late friend and colleague Tom Russell for a show at the Lumberyard Arts Center. The show of paintings, drawings and lithographs Russell produced during his more than 80-year artistic career will fill the art center’s gallery and overflow into its courtyard.