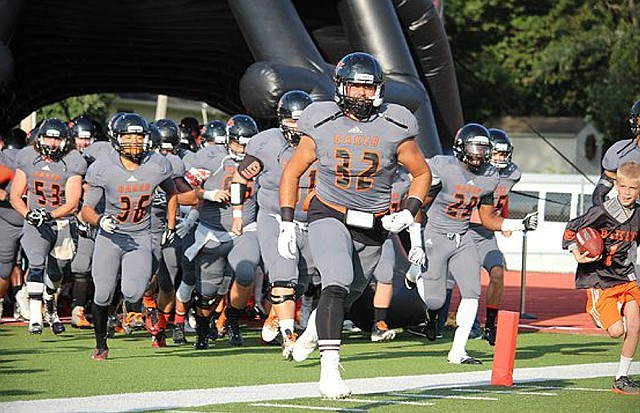 The No. 3 ranked Baker University football team shut out Missouri Valley, 26-0, on Saturday afternoon to move to 9-1 overall and 4-0 in the Heart of America Athletic Conference Southern Division and earned at least a share of the Heart South Conference Championship.

The No. 3 ranked Baker University football team led 21-7 at halftime, but Benedictine College scored 25 points in the second half to storm back and beat the Wildcats, 35-31, on Saturday afternoon.

The Baker University football team moved to a perfect 4-0 on Saturday with an impressive, 52-21, win over Graceland University and the Wildcats won their eighth-straight game over the Jackets.