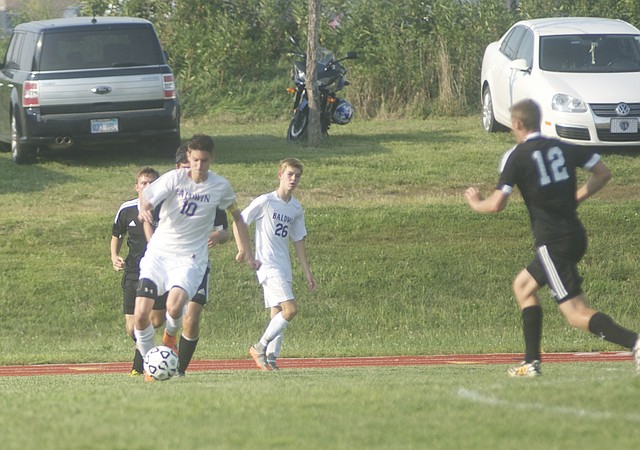 Baldwin senior Brendan Owings breaks free of defenders during the Bulldogs' 4-0 victory Tuesday against Paola. The senior scored one of the team's four goals.

The Baldwin High School boys soccer team dominated the second half Tuesday, winning its first match of the year, 4-0, against Paola. The victory evened the Bulldogs’ record at 1-1 and marked Drew Ising’s first win fas head coach of the Baldwin program.