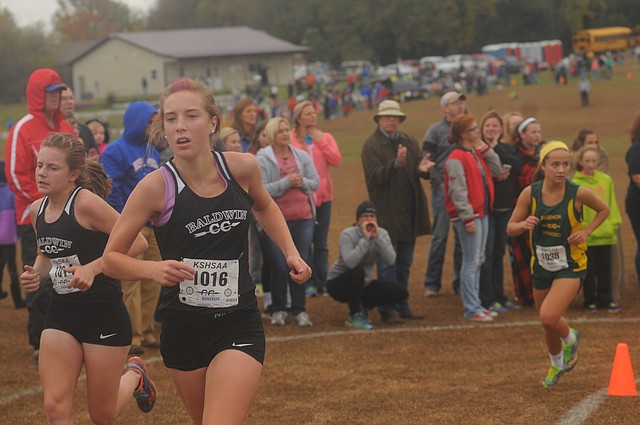 BHS juniors Daelynn Anderson and Taylor Cawley are cheered on during Saturday's regional 5K cross country race. They finished 13th and 14th place, respectively, as both the school's boys and girls had five medalist, won the regional titles and qualified teams for Saturday's state finals in Wamego.