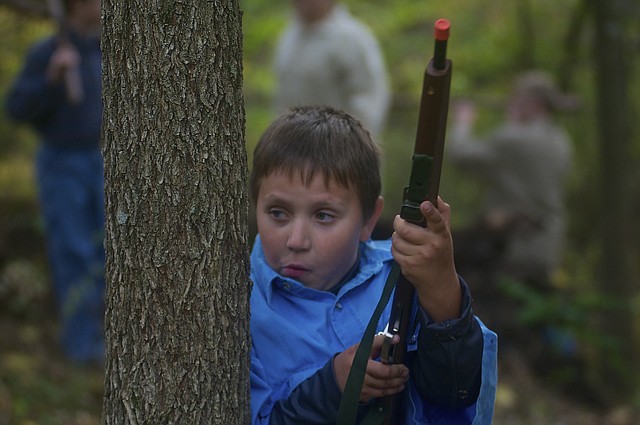 Lawrence Boy Scout Ben Wilkerson hides behind a tree on the Black Jack Battlefield site during a re-enactment Saturday of the 1856 battle. Wilkerson was among those re-enacting the successful attack of John Brown's forces in the battle against Henry Pate's pro-slavery militia.

An invasion force of more than 130 strong took possession this weekend of the Black Jack Battlefield.