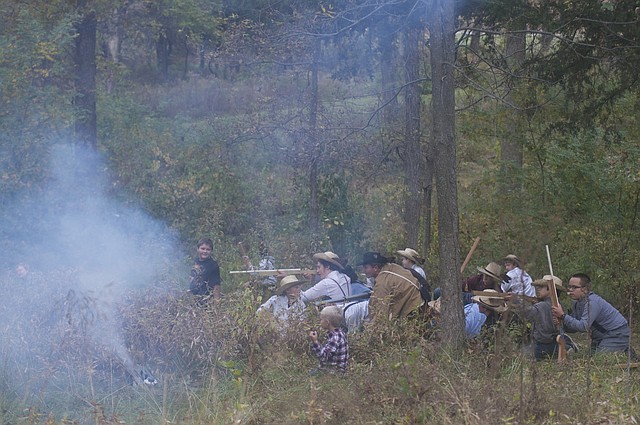 Boy Scouts playing the role of Henry Pate's militia fire on the forces of John Brown in a re-enactment Saturday of the Battle of Black Jack. Eleven local Boy Scout troops and one Cub Scout pack took part in a camporee last weekend at the historic site, which included to re-enactments of the 1856 battle complete with smoke and recorded gunfire.

An invasion force of more than 130 strong took possession this weekend of the Black Jack Battlefield.