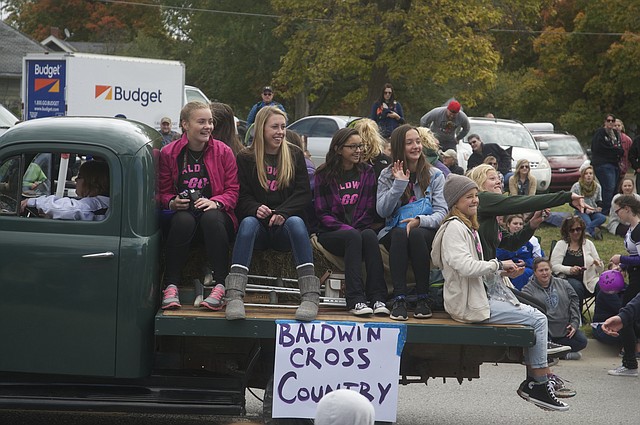 Members of the Baldwin High School girls cross country team ride in Saturday's Maple Leaf Festival Parade two days after they and they and the boys team won Frontier League championships. The teams will compete Saturday in the 4A regional at Baldwin City Municipal Golf Course.