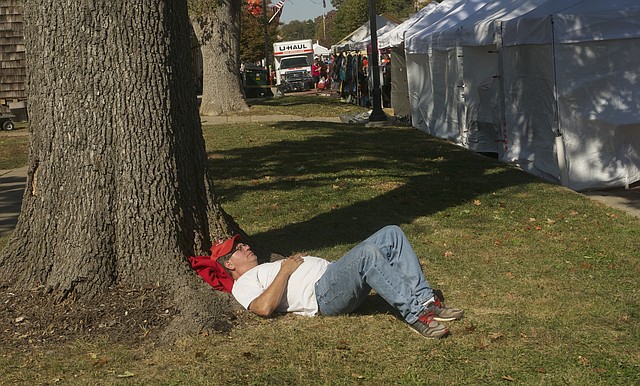 Kyle Fitzgerald of Baldwin City takes a rest Sunday at the Maple Leaf Festival as his wife continues to shop. The festival wrapped up Sunday with beautiful fall weather than helped push estimated attendance to better than 30,000.

Baldwin City — As the last marchers in the hourlong Maple Leaf Festival Parade were making the north turn at Sixth and High streets at noon Saturday, Sherry Johnson was taking a final minute of rest. “It’s coming,” she said. “Once the parade’s over, they’ll be here.”