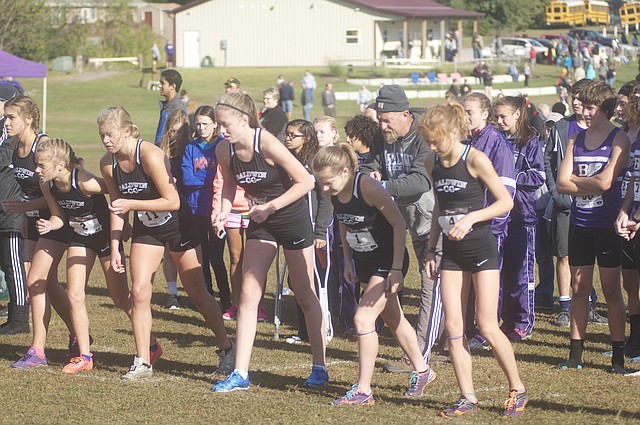 There were a lot of happy Bulldog runners Saturday at the Maple Leaf Classic cross country meet.A number, such as seniors George Letner and Addie Dick, were happy with their times as they were among the Bulldog runners who responded to the cool morning with personal best efforts over the 5K course at Baldwin City Municipal Golf Course.