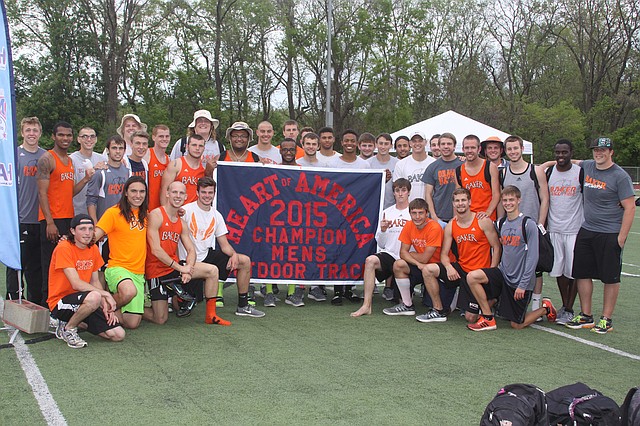 The Baker University men made it five in a row at the HAAC title championships.

The Baker University men’s and women’s outdoor track and field team captured another Heart of America Athletic Conference Championship on Saturday, as the men’s team raced to its fifth-straight conference title, while the women’s team earned its fourth-straight championship.