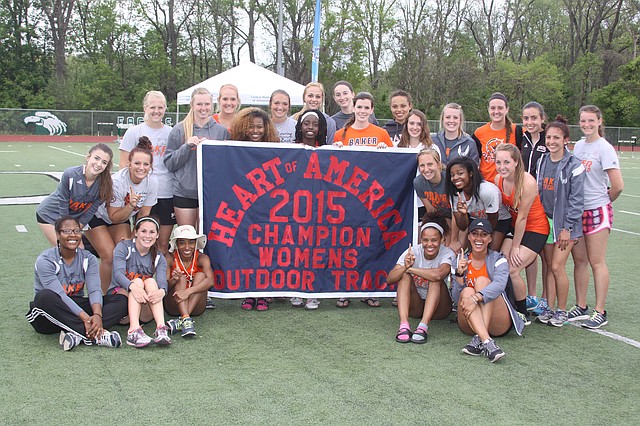 The Baker University men’s and women’s outdoor track and field team captured another Heart of America Athletic Conference Championship on Saturday, as the men’s team raced to its fifth-straight conference title, while the women’s team earned its fourth-straight championship.