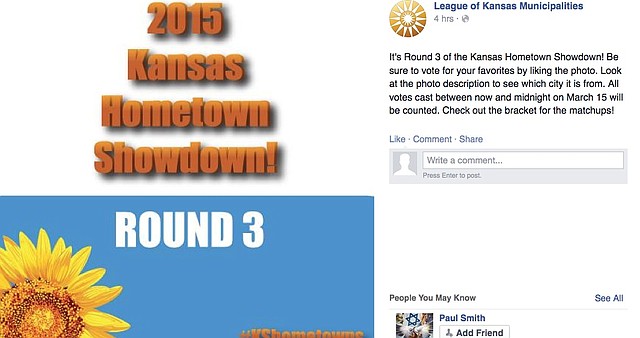 Baldwin City has fought its way into the third round of a Kansas League of Municipalities contest mimics the NCAA tournament. The city is looking for Facebook users to help in advance in the competition.