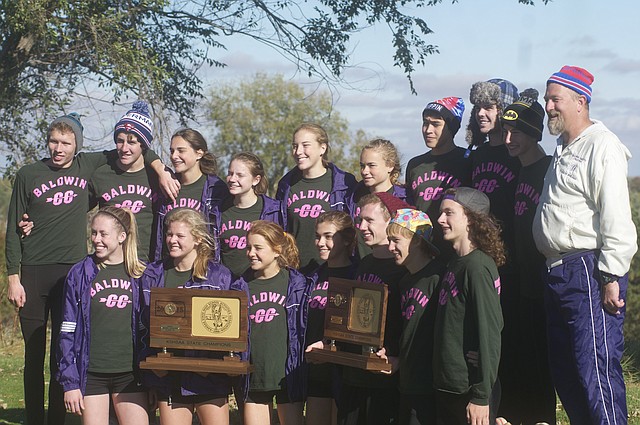 The BHS girls and boys cross country teams were two of four teams to win 4A state titles in 2015. The girls track team defended their state title, and the Bulldog wrestling team won its first-ever state championship.

Selecting a top local sports story for 2015 is like choosing a favorite child among a large number of gifted offspring. Baldwin High School athletes won four state titles in the past 12 months, played for another and placed in two others.