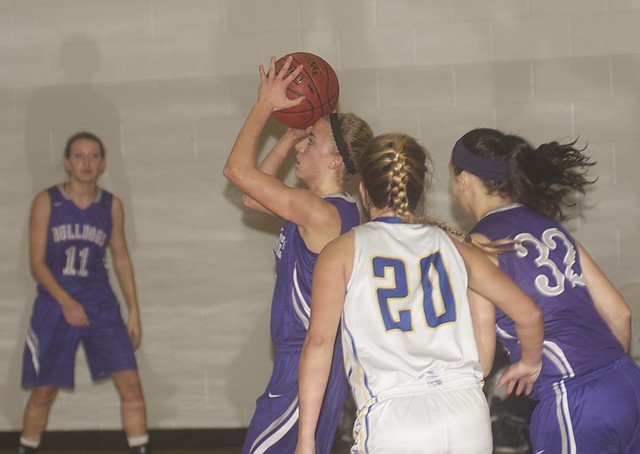 Baldwin senior Madeline Neufeld puts up a shot in the lane in Baldwin's victory Friday in the third-place contest of Bulldog-Wildcat Classic in Louisburg.

Baldwin girls down Iola for third in Bulldog-Wildcat Classic

The Baldwin Bulldogs girls flashed perhaps their best defensive of the season in defeating Iola, 57-43, in the third-place contest of the Bulldog-WIldcat Classic.