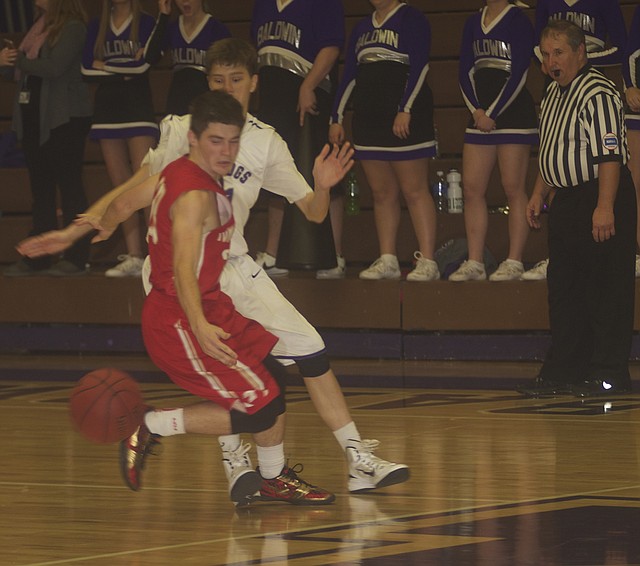 Tonganoxie Tyler Novotney goes behind his back to shake a Baldwin defender in Thursday's opening-season contest for both team. Baldwin won the game, 60-50.

The Baldwin Bulldog boys rode hot shooting from behind the arch Thursday to a season-opening 60-50 victory against Tonganoxie.