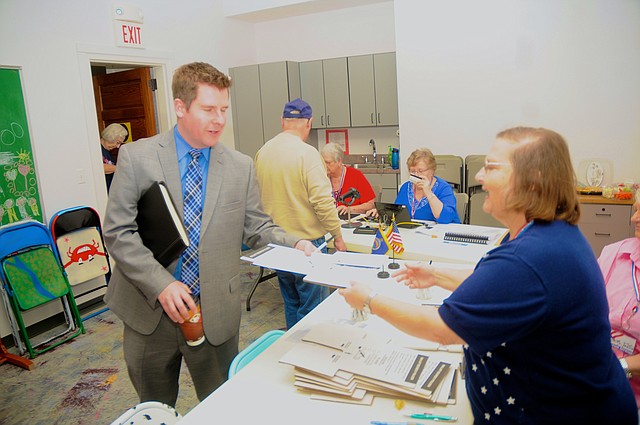 Poll worker Burdine Taylor hands Blake Glover his ballot Tuesday morning at the Lumberyard Arts Center for the elections of Baldwin City Council and Baldwin school board. Voters have until 7 p.m. to vote.

Baldwin City’s city council, school board elections produced mixed results with an incumbent re-elected to the board and three challengers winning seats on the council over a sitting councilman.

It was slow this morning at Baldwin City’s two polling sites as few voters went to the polls to elect three city council members and four school board members.