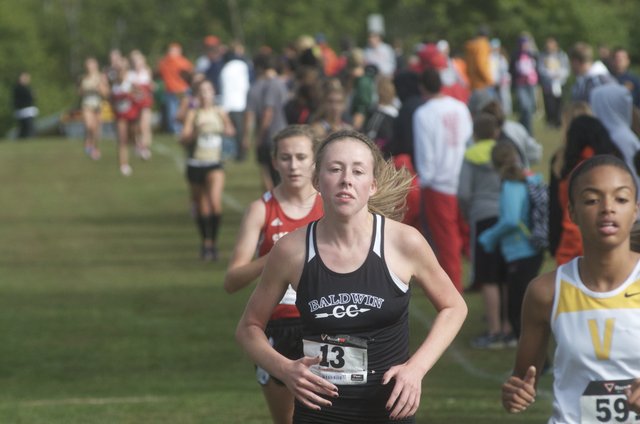 Baldwin junior Mckenzie Russell nears the finish line in Saturday's Gary Gribble's Saucony Classic at the Baldwin Golf Course. The girls finished fifth in the race behind four 6A schools. The boys won the event.

As Joe Pierce finished his last home cross country race for Baldwin High School, he knew he and his teammates had made a statement.