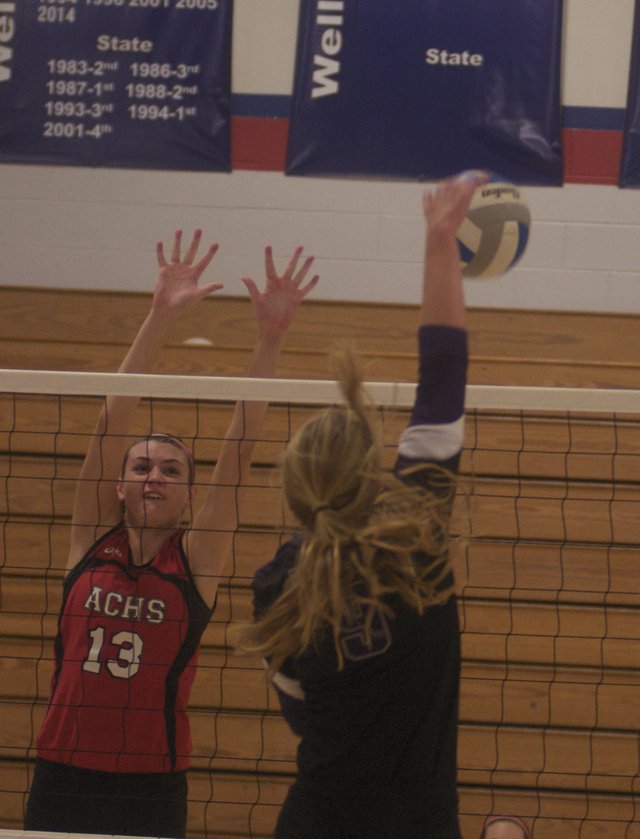 Baldwin's Jordan Hoffman reaches for a kill Saturday against Anderson County as the Bulldogs successfully defended their Wellsville Invitation Tournament title. Hoffman and fellow senior Corey Valentine were named to the all-tournament team.

As part of a very successful week, the Baldwin High volleyball team successfully defended on Saturday its Wellsville Invitational Tournament title. Making the week more satisfying was three victories against arch-rival Eudora High, who the Bulldogs met its opening round of the tournament, the championship and Tuesday in Frontier League play. Baldwin was dominant at Wellsville, losing only one set on the way to the championship. The Bulldogs did that despite two injuries during the day.