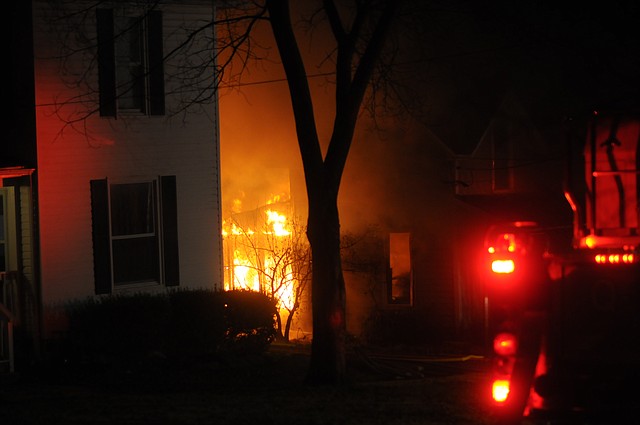 Flames leap Monday evening through windows at a house at 1017 Grove Street. John Baker said the house he rented to Tom and Sarah Johnson and their three children appears be a total loss.

As John Baker looked this morning at the rental home he owns at 1017 Grove Street, he offered a grim assessment of the damage done by a Monday evening fire. “I haven’t been inside, but from talking just now to the fire marshal I think it’s a total loss,” he said.

The Baldwin City Fire Department has responded to and is currently fighting a house fire at 1017 Grove Street.