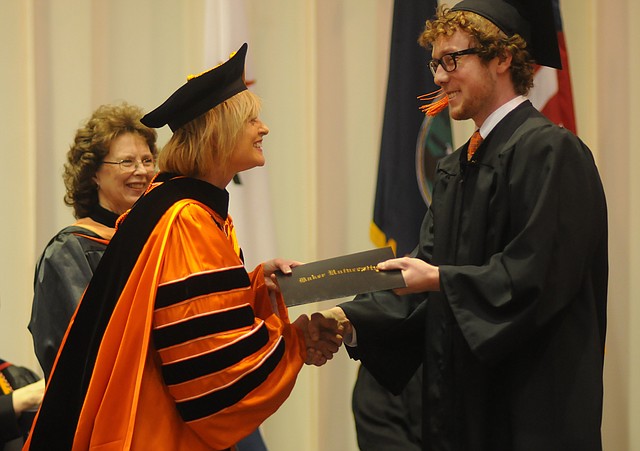 Baker University President Lynne Murray presents Christian Allen his bachelor's degree Sunday in the Collins Center during the school's winter commencement. Allen had the honor of being the first Baker graduate to receive a degree from Murray, who started her duties at the school in July.

Standing early Sunday afternoon outside of the Collins Center soon after he received his bachelor’s of arts degree from Baker University, Christian Allen suddenly realized his day had another significance.