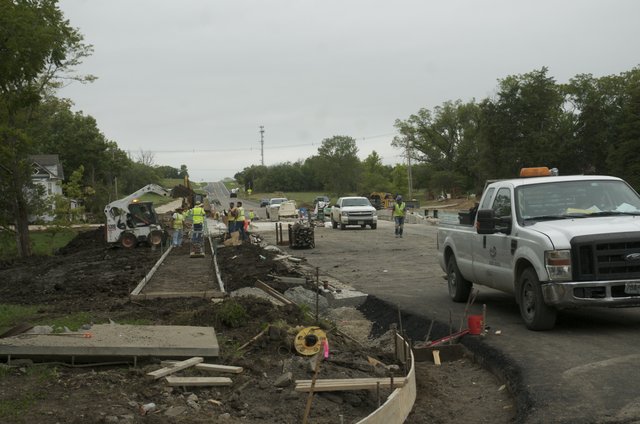 A crew works to install curbs and sidewalk Tuesday on the south side of U.S. Highway 56. A KDOT spokesperson said today the highway would be reopened 'around' next weekend.