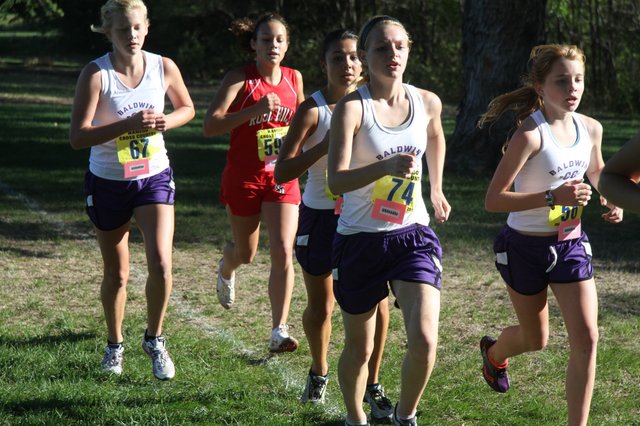 Girls on course for repeat

The Baldwin High School girls cross country team raced to a first-place finish Saturday at the Wamego Invitational, establishing itself as the team to beat when 4A reassemble on the course on Oct. 27 for the state meet.