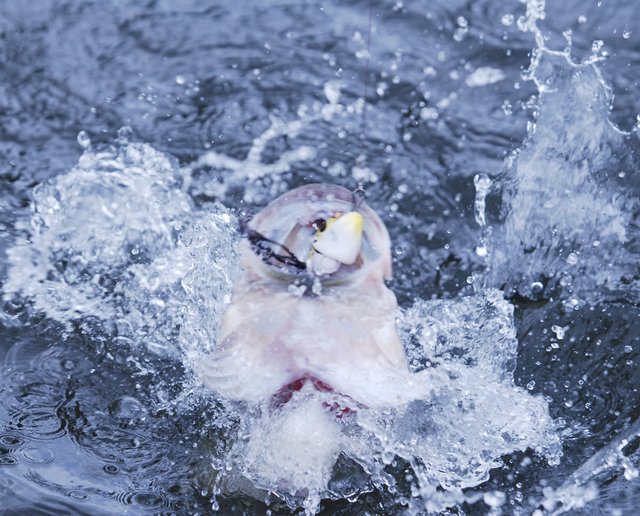 The fight never ends when bringing in a largemouth bass, like this one Casey Scanlon hooked at Lone Star Lake last month. Scanlon, 28, has been fishing competitively since he was 15.