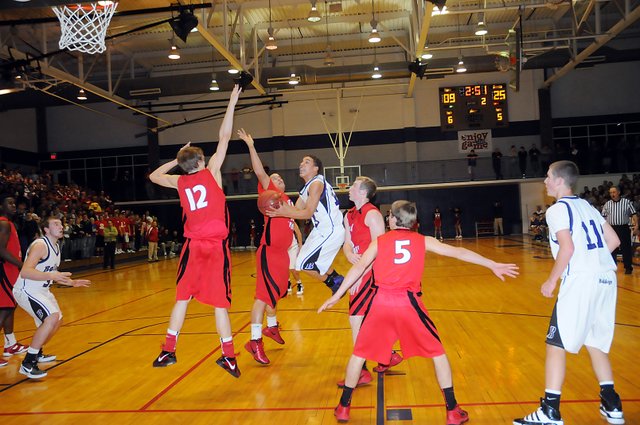 Baldwin High School became the latest victim of Semi Ojeleye. The Ottawa junior, who is being recruited by NCAA Div. I schools, scored slightly above his average as he led the Cyclones (8-0) to a road win Tuesday night.

Semi Ojeleye showed why he is being recruited by NCAA Div. I schools around the county Tuesday night.