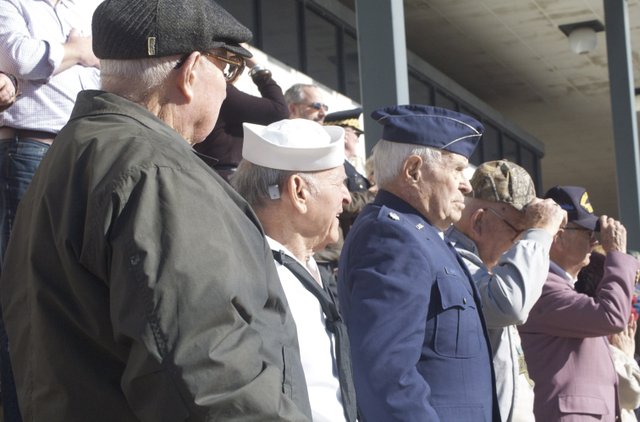 World War II veterans, at the reviewing stand at the Leavenworth County Veterans Day Parade, stand after saluting a color guard in the parade in downtown Leavenworth on Friday, Nov. 11. Pictured are, from left, retired Army Lt. Col. Harry Davis of Leavenworth; retired Army Col. B.B. Albert Jr. of Parkville, Mo. (who served in the Navy during WWII); and retired Air Force Lt. Col. Bill Adams of rural Leavenworth. Many parade participants stopped in front of the stand to thank the veterans there for their service.

An event tabbed as the oldest Veterans Day observation in the nation and largest parade west of the Mississippi River will take place Monday in downtown Leavenworth.