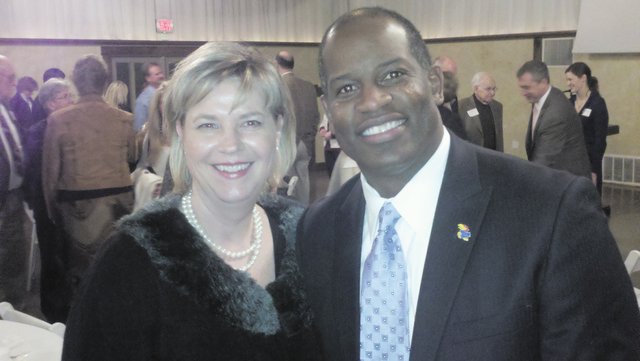 Turner Gill, University of Kansas’ head football coach, was among the roughly 125 people in attendance at the annual awards dinner hosted by Baldwin City Chamber of Commerce Saturday at Stony Point Hall.