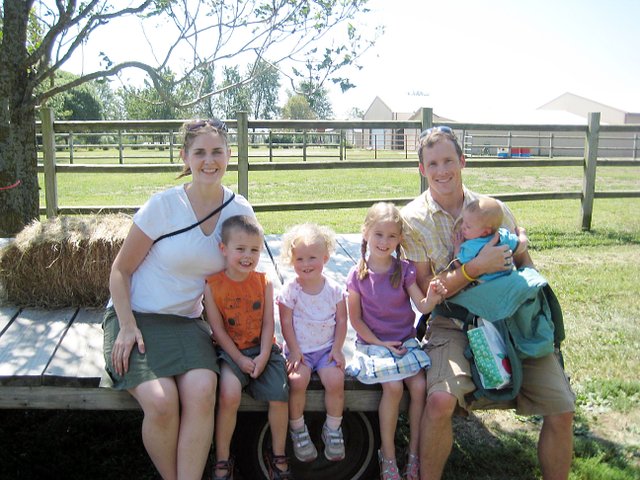 Nicole and Kevin Jones, bookend their children Sylas, Ellie, Matty and Asa. While deployed in Iraq, Kevin wrote a story for his children that was later published.

Kevin Jones’ children’s book “A Lamb Named Ewe” was not written for the world to see. It was for his four children, Matty, now 6, Sylas, 4, Ellie, 2, and Asa, 1, to see at a time he could not see them.