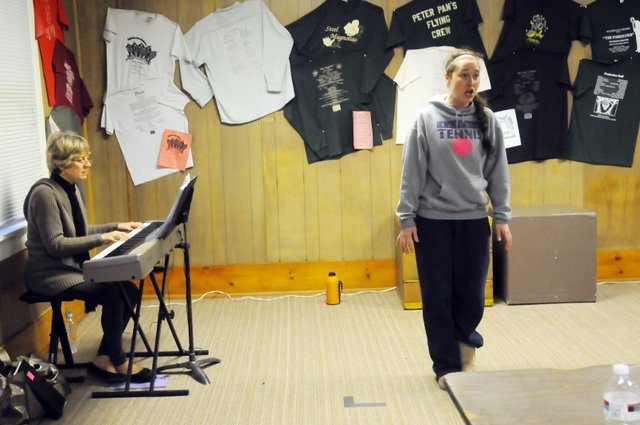 Baldwin City’s Kalie Harris, right, practices a song during a rehearsal last week at the Baldwin Community Theater office. Harris will be performing in the Spring Cabaret this weekend.

Joe Bathke performed “The Baseball Game” song from the musical “You’re a Good Man, Charlie Brown” when he was in high school and is now getting the opportunity to perform the song again 26 years later.