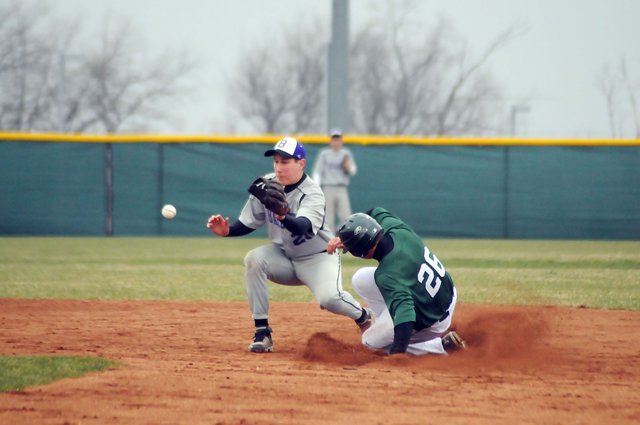 Baldwin High School sophomore Tyler Cawley waits to field a ball at second base while a De Soto runner steals the base. Baldwin lost both games at De Soto last week, losing 16-1 and 10-6.

Finding that third crucial out has been a problem at times for the Baldwin High School baseball team during its opening pair of doubleheaders. Tuesday’s night’s action here was a good example of that as the Bulldogs were swept by the Cyclones, beginning the season 0-4.