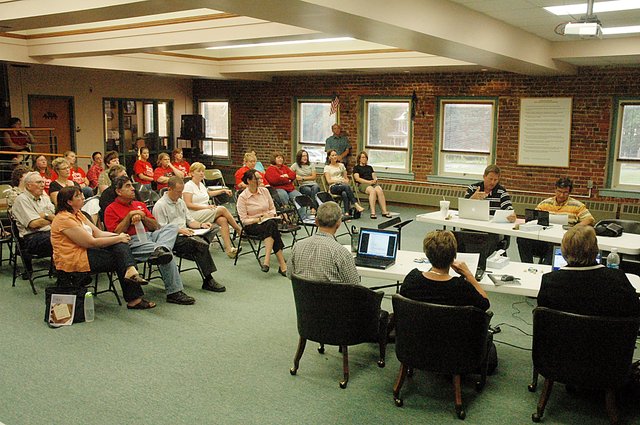 The Baldwin School Board discussed the possibility of closing the two rural elementary schools at Monday night's meeting. This summer, the topic drew large crowds at each meeting with patrons on both sides of the issue. Those same large crowds are expected during the upcoming months.

Talk about closing the rural elementary schools in the Baldwin School District resurfaced at Monday’s Baldwin Board of Education. When budget cuts were being discussed last spring, the school board tossed around the idea of closing either Marion Springs Elementary School or Vinland Elementary School or both schools. Patrons on both sides of the issue voiced their opinions from April to July.