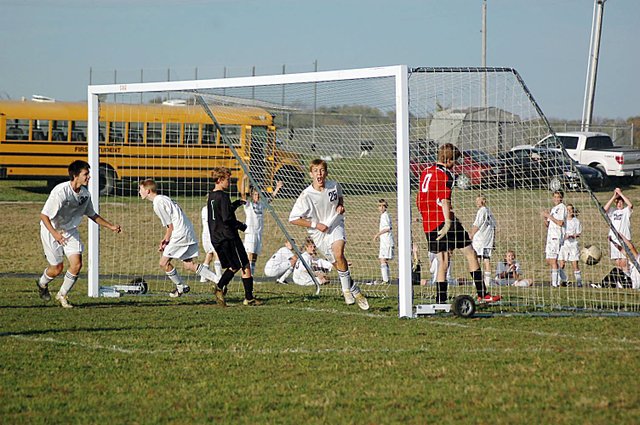 Baldwin High school sophomore Austin Kraus had a career game, junior Clint Chapman scored the winning goal and junior Louis Joslyn had all three assists. Yet, Tuesday’s victory over De Soto was for the seniors. The BHS soccer team (8-7-1) ended a three-game losing streak with a 3-2 victory over the Wildcats on its senior night.