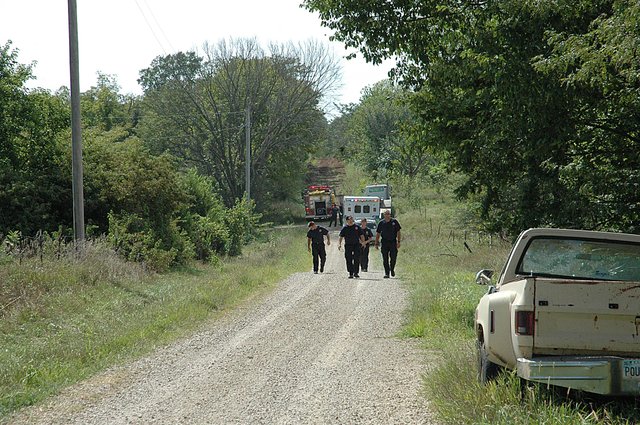 A Lawrence-Douglas County Fire and Medical crew heads back to their fire engine after helping free a man that was injured in a trench accident Monday afternoon west of Baldwin City. A helicopter ambulance was dispatched to the area. More details as they become available.

A 27-year-old Burlingame man was flown to an area hospital after he suffered injuries because of a trench collapse Monday afternoon in rural Douglas County, Douglas County Undersheriff Steve Hornberger said.