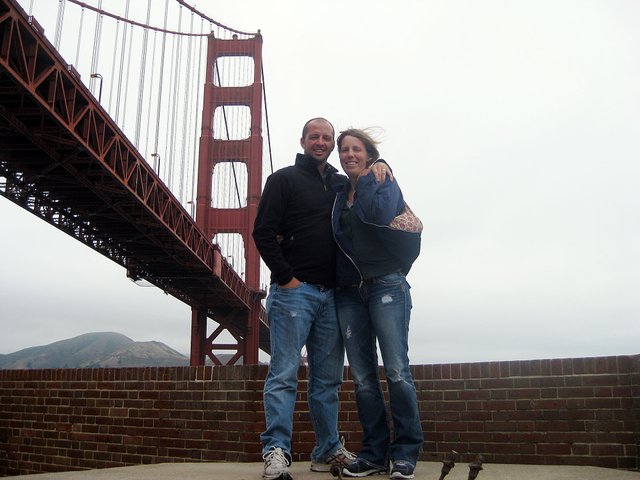 For their 14th wedding anniversary, Baldwin City residents Kit and Sarah Harris ran across San Francisco’s famed Golden Gate Bridge. Then they ran back across it. They continued running for many more miles until their 26.2-mile race was complete. On July 25, the local couple completed the San Francisco Marathon on the day before their anniversary.