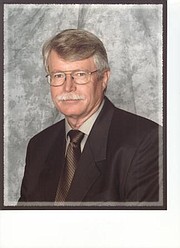 Claude Kent Reeves, 67, of Melvern, Kansas, formerly of Baldwin City, Kansas, passed away on December 23, 2015. Kent was born July 23, 1948 in Lawrence, Kansas, the son of Virgil Reeves and Cynthia (Robertson) Reeves.
Kent graduated from Baldwin High School with the class of 1966 and later attended Baker University as well as the University of Kansas. Kent was a proud veteran of the United States Army. He enlisted in 1968 and served in Vietnam earning the rank of E-5 a bronze star and the Army Commendation Award.
He was a member of the True Grace Community Church, Melvern, American Legion in Melvern and Baldwin City, as well as serving both communities and the city of Merriam as a volunteer firefighter. He was a very active member of Point man Ministries. Recently Kent served on the Melvern City Zoning Board and the Melvern City Council.
Kent was a Sales Representative and Regional Manager for several Communications Companies through most of his life.
On November 17, 1990, Kent was united in marriage to Bobbie Yeamans in Baldwin City, Kansas. They shared over 25 years of marriage. Bobbie survives of their home.
Kent is also survived by his son, Ryan Reeves of Edmond, Oklahoma; two step-daughters, Lauren Cordova of Scottsdale Arizona, Ronda Hardin of Melvern; sister, Melba Johnston of Lakewood, Colorado, step-sister Carol Stout of Baldwin City, Kansas; a brother Chuck Reeves of Olathe, Kansas; ten grandchildren; and one great grandchild.
Kent is preceded in passing by his parents; and a great grandson, Tucker Thomas Goldsmith.
Funeral services will be held at 10:00 a.m., Wednesday, December 30, 2015 at First United Methodist Church, Baldwin City. Interment will follow at Oakwood Cemetery, Baldwin City. The family will meet with friends from 6 to 8 p.m. Tuesday, December 29, 2015 at the church. The family suggests memorial contributions to Pointman Ministries c/o Lamb-Roberts Funeral Home, P.O. Box 64, Baldwin City, Kansas 66006. Condolences may be sent to the family through www.lamb-roberts.com