Baldwin USD 348 Board of Education

Career: In charge of safety for ICL Performance of Lawrence

What motivated you to run for another term on the Baldwin school board?

I decided to run for another term because I feel there are many challenges facing the district and want to do what I can to help get through these tough times.

With the block grant program freezing spending at current year levels and capital outlay assistance trimmed for at least two years but the district’s bills increasing, what would be your spending priorities?

Over the past four years we have had to make many difficult decisions and sometimes it is hard to make everyone happy. The current cuts from Topeka will force us to make even tougher decisions, but the one thing we always ask ourselves is what would have the least impact to the students of the district. Currently, the uncertainty of our funding makes it very difficult to plan ahead, but as always we will make the best decisions we can with the information we have at the time. With the increased cost of running the district and funding cuts from Topeka, the board is looking at every possible way to save dollars without cutting jobs or programs. But I have to be honest, nothing is off the radar in these tough financial times. 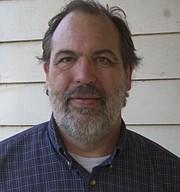 What motivated you to run for another term on the Baldwin school board? I’ve been a teacher for 29 years in two countries and five states. My experience as a teacher gives me a unique preparation, which will help me make decisions about our Baldwin City school district.

With the block grant program freezing spending at current year levels and capital outlay assistance trimmed for at least two years but the district’s bills increasing, what would be your spending priorities?

The next few years are going to be very tough for public schools in Kansas. It would be nice to maintain classroom sizes and teachers’ salaries, but the state may not give us much of a choice. We may have to make cuts to everything.